There is a large amount of historical observations of transient celestial phenomena, always noticed as (problematic?) deviation from the otherwise seemingly eternal, unchanging heavens. In a new area called Terra‒Astronomy, we study transient astrophysical phenomena which potentially affect Terra (e.g. climate, biosphere, etc.) such as solar activity and nearby supernovae ‒ and we investigate them with terrestrial archives, both natural archives (e.g. 14C in trees and 10Be in polar ice as solar activity proxies, or 60Fe in the ocean crust indicating a nearby supernova) and historical archives (e.g. observations recorded in previous centuries to millennia).Written records from all civilizations offer high temporal and spatial resolution, e.g. for aurora observations to reconstruct solar activity. It is essential to correctly understand the historical reports, which are written texts in old to ancient languages, using a different terminology. True understanding means to consider intentions of the authors, possible narratives and hidden quotations, etc.

This meeting is about utilizing historical astronomical observations for the study of current astrophysical problems, examples include:

Historical observations are valuable for different fields in astronomy:
(1) While we have been able to study solar activity in great detail with satellites only for a few decades (too short for secular changes), telescopic sunspot observations are available for four centuries ‒ yet, aurorae and (naked-eye) sunspots have been recorded since more than two millennia ago. Solar activity may also be reconstructed with comet observations (their tails being blown by the solar plasma wind), solar corona sightings during total solar eclipses, or secular variability of solar system bodies reflecting sun light. While solar activity can also be studied with radioisotopes (solar wind being inversely proportional to cosmic ray influx), they depend on the Earth’s magnetic field, whose reconstruction is also uncertain.
(2) Both lunar and solar eclipses as well as other events (such as planetary conjunctions and occultations) which were recorded with good timing precision in history (which can nowadays be calculated with high accuracy), are used to study secular variations in the Earth rotation.
(3) Historical observations of comets and meteor streams facilitate orbit solutions and the study of their origin.
(4) Pre-telescopic observations of supernovae enable a detailed study of their remnants including possibly a neutron star (and sometimes a runaway star), e.g. age and celestial location are well-known from the historical observation, also light curve and color evolution can be derived; even light-echo spectra could be obtained hundreds of years after the explosion; historical supernovae are the most nearby stellar explosions, so that deep follow-up observations can reveal possible former donor stars (in SN Ia) and other previous companions, which are now runaway stars (GAIA will advance this field significantly).
(5) Historical novae can reveal, e.g., recurrent explosions, leading to a better understanding of thermonuclear supernova progenitors.
(6) There could in principle be additional phenomena possibly observed in history, such as meteoritic impacts on Earth or Moon, significant changes in brightness or color of stars on long time-scales, or even optical transients in Gamma-Ray Bursts.

In all such cases, it is essential to correctly understand the historical reports: while the translation may work best in collaboration between astronomers and scholars of languages, true understanding means more than just the translation: one needs to consider intentions of the authors, possible narratives and hidden quotations, etc. Most recently, a “red cross” observed in England around AD 775 was interpreted as absorbed supernova, as airglow after a gamma-ray burst, as aurora indicating a solar activity maximum (all in connection to a strong 14C variation around AD 775), and as an unrelated halo display ‒ indeed, there are many meteorological and atmospheric optics phenomena among recorded celestial signs.

Previous work has shown that applied historical astronomy can be very useful for astrophysics. The above mentioned 14C variation around AD 775 triggered a new interest in historical observations, so that, e.g., several teams have studied aurorae observed at around that time to reconstruct the solar activity state and to evaluate the possibility of a solar super-flare. Observations with the Kepler satellite have also found possible evidence for super-flares on sun-like stars, raising the question of the frequency distribution of super-flares on the Sun ‒ and their possible past and future impact on Earth.
The meeting is expected to also cover observations in the Early Modern Period even after the invention of the telescope in 1609: e.g., we will discuss telescopic (and naked-eye) sunspots and aurorae until the end of the Maunder Minimum (1715).

Historical reports are also used in other disciplines, such as geology (e.g. volcanic eruptions and earthquakes), geophysics (historical aurora observations depend on the Earth’s magnetic pole and its field strength), and climatology (e.g. weather extremes, river levels, ice/snow melting dates, harvest yields, etc.). Available competence in the field of history of astronomy can significantly advance the correct understanding of historical observations of transient celestial phenomena. The widespread interpretation of transient phenomena as problematic omina often had a deep cultural impact. Working on astronomical problems by interpreting historical texts is methodologically different from other fields of astrophysics. Studying solar activity proxies is also a timely service to humanity, as the Sun currently shows a weak Schwabe cycle, so that a new Grand Minimum may be starting, calling for new studies of previous Grand Minima (even telescopic sunspot observations in the Maunder Minimum until 1715 are far from being fully understood and completely tabulated). On the other hand, flares as large as the Carrington event on the Sun can have an impact on our technological civilization.

This field has a strong potential also in education and outreach, as the extraction of celestial observations from local chronicles can indeed be done by, e.g. school students as well as amateurs, e.g. in a world-wide Citizen Science project; such a project can raise the public awareness for the variety of celestial phenomena and their relevance for Earth. 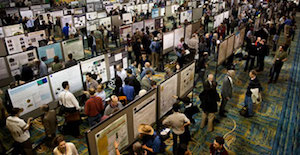 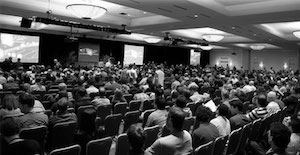